When does Duck Season Start & How To Prepare Yourself

When does Duck Season Start & How To Prepare Yourself

Duck hunting has been a favorite pastime for many people since long. However, with the sudden increase in hunting rates and a number of ducks getting lesser and lesser every day, nowadays the government is imposing various laws on the hunting of ducks.

In 1934, the United States government passed a law by the name Migratory Bird Hunting Stamp Act. This is better known as the Federal Duck Stamp Act. With this, not only does a hunter need a hunti﻿﻿ng license, but also a special stamp that will stand proof of him legally participating in the hunting sport.

This has helped re-establish the duck population and yet allowed people to continue hunting with the same luxury and satisfaction. Now, due to this, various rules have come up. Every state has got its own dates for hunting duck seasons. This creates a lot of mess for people who wait every year for the time of duck hunting to arrive.

And if you are one of those who is into ducks and cannot figure out when does duck season start, this article is just for you. This blog will help you out in knowing these dates. And you would be able to enjoy your passion for duck hunting at its best.

We are known to bring all the dates and regulations brought forward by the government for your comfort. Just carry on! 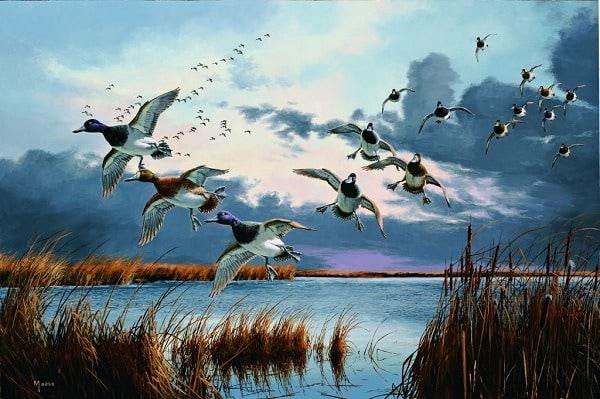 Duck Hunting In The United States

Since commercial hunting has been prohibited by the law, duck hunting has been recognized as an outdoor sports activity. Many related species of ducks are also found in the same season. This is quite a natural thing. Usually, you will find geese with ducks. However, let us keep our focus on ducks itself.

When does Duck Season Start?

Usually, the duck season comes in the fall and the winter. You must be wondering what is so special about this time that the government has allotted this time for the hunting of ducks. Well, the thing is that, at this time of the year, the birds are done with the breeding and raising their children.

In fact, as the time proceeds, the birds start to migrate to warmer places. Therefore, this is the time when you will get not only huge numbers of ducks but also a good quality of the variety.

Now, for various zones, the duck season varies. For the ducks and coots, you usually get a window of 60 days to hunt. 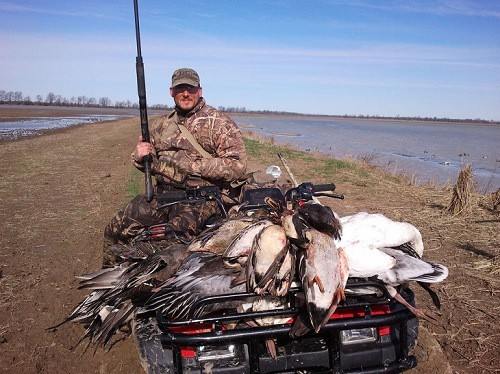 Things to Know before Hunting

Before you go out on the actual hunt, you must have the prerequisites fulfilled. Apply for a hunting license and get one. Then, there are limits on the number of ducks you can hunt. There are time restrictions and special charts that are prepared. These contain all the dates and times when you can go for duck hunting.

Additionally, you must buy a federal duck stamp. Some states ask for state stamps as well.

In some states, you will be charged if you hunt down ducks from motor vehicles or from a moving boat. In fact, you will be surprised, if you hunt ducks that are swimming in the water or simply sitting on it, you are going to face legal actions. Legal hunting is only during the duck season.

Things that Ensure your Hunt is Successful

Now that you know when the duck season is and what legal formalities you need to adhere to, here are the things that you need to do in the actual hunt. There are three elements that you will be needing in your kit.

A shotgun, hunting blind, and decoys are a must for you. Decoys are used to attract the birds. Blinds help to hide you so that ducks don’t see you and run away. Once the ducks are in range, you can raise your hands from the blind and shoot down the bird.

Decoys are also known as calls. These were originally an instrument that had to be blown into. These imitate duck calls and thus ducks used to think it is someone from their community. Thus, they get out of their hidings and you get the aim.

Since the duck season is during the winter and fall, it is going to be cold. Thus, you should be geared for that. The weather can be very harsh so wearing the right clothing will protect you. Also, try for waterproofing clothing.

Since you will be shooting ducks, and they live around water, you are bound to get your feet wet. There are things called waders which are waterproof pants. These come attached with boots. Additionally, wear clothes that will aid in the camouflage as ducks have a very sharp vision.

Duck hunting is said to be a social thing. It is evident from the fact that you have to spend hours in moats and marshes. Rather than spending it alone, it is better if you have someone to keep company. Also, if someone is more experienced than you, it will be all the better.

Thus, this was a checklist of things you should have when you are out hunting ducks. So, you know when does duck season start, you should know how to prepare yourself for that. We hope this article was able to achieve that. Do let us know in your comments if you liked it or not.