When Do Whitetail Deer Lose Their Antlers? What You Need To Know?

When Do Whitetail Deer Lose Their Antlers? What You Need To Know?

Ever spot or heard about a friend coming across a whitetail deer with antlers in the month of April? It makes you wonder how nature hasn’t taken its due course, doesn’t it? In fact, I myself have spotted a buck with twin fawns once in the early weeks of April.

Now I’ve always heard and read about deer shedding their antlers in the winter season, so what was happening? When do whitetail deer lose their antlers and when does the regrowth period actually begin?

These are the questions that came up in my head and I’m sure you’re pretty much wondering the same thing. So let’s find out, shall we?

What you should know before reading on 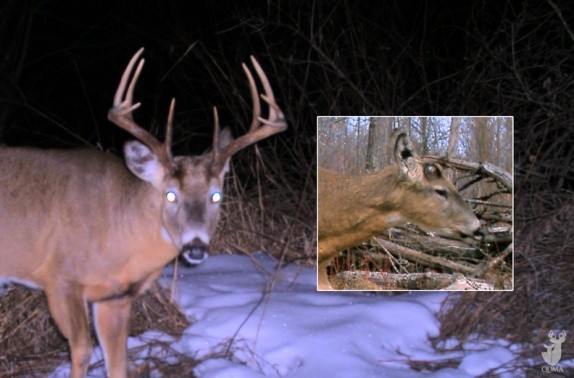 If you want to put the question when do deer get antlers, it’s during the months of April or May. There is almost negligible variation when it comes to whitetail deer developing antlers. But the shedding time might vary considerably. Whitetail deer antlers fall off at different times in different geographic areas.

This wide variation in the shedding time is popularly known as casting. And casting gives rise to Hunter speculation on why bucks shed in the first place.

Some hunters believe that whitetail deer antlers fall off before time because of the chilly temperature, while others believe that hot weather causes the early shedding.

Many people also think that the answer to the most common whitetail deer question, when do deer drop their antlers is when they get old or when they are severely injured or malnourished. So do deer lose their antlers every year.

Deer Antlers - When Are They Formed and Shed?

Yes, deer lose their antlers every year. And whitetail deer antlers fall off from either early or late December to early or late April. It all depends on the geographic location of that particular place. Let’s discuss this at length below.

When do whitetail deer lose their antlers?

So basically, they have antlers throughout the whole seasons of spring and summer and partially during winter. It’s in the early or late December that whitetail deer begin the shedding process, this largely depends on the latitude or geographic location of the area in which the whitetail deer is living.

You should also know that this is also the time when the rutting season gets over.

So whitetail deer don’t really need their antlers to fight with other bucks in order to guard their own territory.

When do whitetail deer get antlers and how? 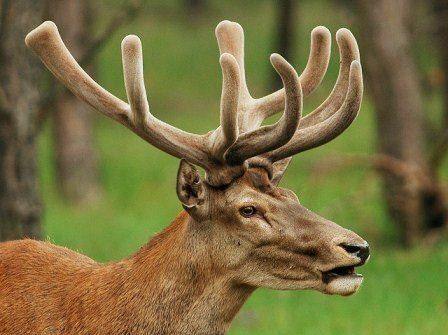 To understand the entire regrowth process properly, it’s best that we delve into some details about deer antlers. These things are not the same as the hollow horns of cattle. Whitetail deer antlers have a pretty solid bone tissue that is paired with a honeycombed framework.

The element that serves as a base for the growth of antlers is known as pedicles. These are nubs covered by skin that emerge from the skull of the buck. They provide all the support that antlers usually need. So when whitetail deer antlers fall off, the pedicles remain fixed on the buck’s skull.

During antler growth, the sensitive part of the skin known as velvet plays a very important role. Since the velvet is filled with blood vessels, it provides the antlers with the essential vitamins and minerals to carry out the whole bone building process. The growth of antlers requires tons of vitamins, proteins, minerals, and energy.

So the necessary supplemental feed or native forage is absolutely necessary for maximum and healthy antler growth.

How Quickly Does Deer Antler Grow?

The regrowth process begins from April or May, depending on the geographic location, and can take up to 2 to 4 months to fully develop new antlers. Since you already know when do whitetail deer lose their antlers (in the winter), the regrowth begins from early summer and lasts throughout the season extending up till early fall.

Saving at Least one Buck, after Locking Antlers During the Rut

You should know that the question of when do whitetail deer lose their antlers is not an easy one to answer. And this is mainly because some whitetail deer shed early while some shed late.

The reason being, there are so many unpredictable things taking place, as far as the weather is concerned, that to determine the exact shedding period has become so much more difficult than before. These unexpected happenings in the woods significantly affect antler casting. But there are a few answers that will always remain the same.

Do deer lose their antlers every year? Yes, they do.

Do deer lose their antlers in the winter? Yes, they do but when in winter differs from one geographic area to another.

When do deer get antlers? The regrowth process begins from April or May, that is throughout the summer season up until early fall.

When do deer drop their antlers? In the winter, from early or late December to early or late April. This again largely depends on the geographic location or latitude of the place.

I hope I have provided relevant information about the shedding of whitetail deer antlers. If there is anything that should have been added and is not, then please feel free to let me know in the comments section below. I always appreciate the feedback.