How To Use A Tactical Pen Without Any Professional Help?

How To Use A Tactical Pen Without Any Professional Help?

Our world is not a very safe place to live in and I guess we all know that. Despite being beautiful and wonderful, it is also very unpredictable.

Anything wrong or bad can happen to you any point of time, right? I’m not trying to scare you or make you hate the world; it’s just that being prepared for some unfortunate event is better than feeling sorry for yourself later. So what can you really do to be prepared?

The answer is very simple; just learn how to use a tactical pen. You may think that it’s a tiny self-defense pen so how can it be of any great help, right? But let me tell you that you’re mistaken.

Even the smallest self-defense weapon you have at your disposal can go a really long way in being a total lifesaver. The only thing to keep in mind is to know how to use such non-lethal self-defense weapons. And in the case of a tactical pen, there are many tactical pen techniques that you can learn in order to deal with any kind of a dangerous situation.

So let’s learn more about it and how to use it. Are you ready?

What is a tactical pen?

During an emergency, you can use something as tiny as a tactical pen to protect yourself. The physical appearance is obviously the same as a normal pen.

In fact, tactical pens don’t just look like but feel like normal pens too. There might be only a few people who can really tell the difference between the two. And that is why learning to use a tactical pen is something that you should be doing immediately if you want to know how to defend yourself in the most effective manner.

A tactical pen is perfect in size as it can easily fit into your pocket or glove box. It is also small enough to be clipped to your backpack. And since only a few people might recognize them as powerful self-defense weapons, you enjoy the advantage of getting out of a dangerous situation even before they realize what the weapon really is.

What makes it a self-defense weapon?

In order to answer this question, I need to first address another one. How do self-defense pens work? Tactical pens are constructed with an extremely sharp, glass-breaking tip.

And it’s this feature that has the ability to do some severe damage to the attacker. Tactical pens are built to last, thanks to the aircraft-grade aluminum material used for construction. This particular material makes it possible for the pen to withstand all kinds of situations. 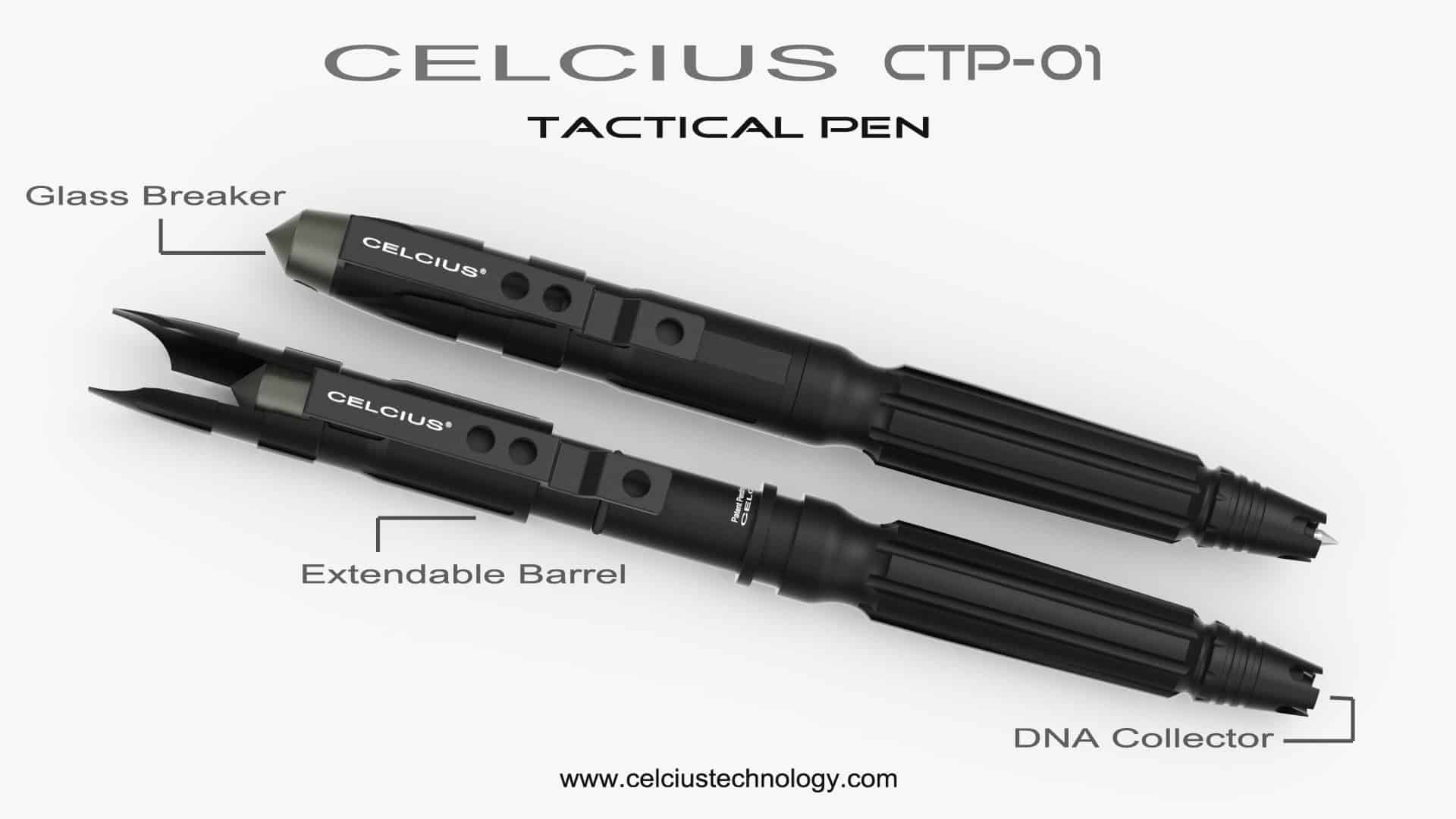 Pen self-defense is a technique used by many survival enthusiasts along with military personnel and law enforcement officials. You will be surprised to know that there are some tactical pens that are equipped with additional safety features like a whistle or a ferro fire-starting rod. The length of these kinds of pens is the same as any ordinary pen but they may be comparatively heavier.

How to use a tactical pen?

There are two very effective tactical pen techniques that you can use to protect yourself. But before I get into that, let me tell you how to use a tactical pen to defend yourself properly and not kill the attacker. The goal is to be able to ward off the danger so you can feel safe again.

How to Hold a Tactical Pen​?

So in order to do this, make sure you use the self-defense pen on some of the extremely vulnerable parts of the body, like the groin, eyes, hand, temple, or wrist. A tactical pen needs to be treated like a knife. Hold it upside down to cause some serious damage to the attacker’s body.

Since we’re on this subject, let me explain two very effective ways that will help you understand that fighting with a pen is not such a difficult task and that you can use a tactical pen to ward off any kind of danger at any point of time. 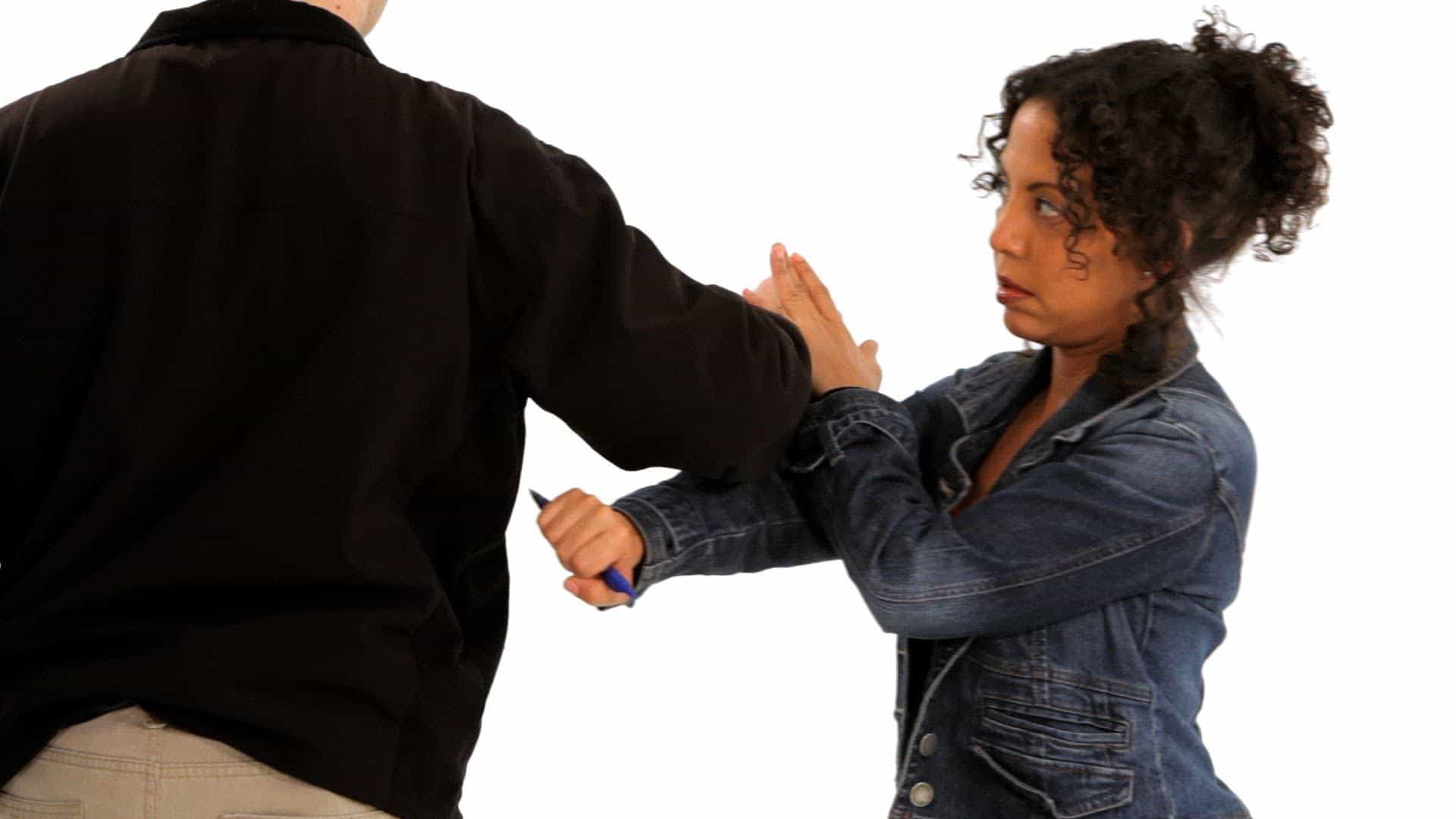 Like I’ve already mentioned above, when you want to use a tactical pen, make sure that you treat it like a knife. You need to turn it upside down like you’re holding a knife. This ensures that when you stab the attacker, he or she feels severe pain.

And if used this way, a tactical pen has the ability to break the attacker’s eyes, provided you’re aiming in the correct spot.

Once you’ve stabbed the attacker with the help of pen self-defense, the next step should be to immediately run towards safety or to get some help. Since the attacker has been seriously injured, you will have enough time on your hand to get out of any dangerous situation.

2. Use the Tactical Pen Like a Stick or Sword

The absence of a sword doesn’t mean that you can’t defend yourself efficiently. In fact, one of the most competent ways of fighting with a pen is to know how to use it like a sword.

All you have to do is make sure that you strike as hard as you possibly can with a solid grip. What such a powerful blow does is create a lot of pain in the attacker’s body, which makes him or her stop.

And again, once you think he or she has been seriously harmed or is unable to retaliate in some way or the other, you should instantly run as fast as you can to a safer environment. This is one of those tactical pen techniques that can prove to be highly effective in emergency scenarios.

The best part about a self-defense pen is that it comes pretty cheap so you don’t need to be spending a lot of money to be able to feel safe in this dangerous and uncertain world. You can easily learn how to use a tactical pen techniques to help you deal with emergencies.

And if you’re a hiking or camping enthusiast, having such non-lethal self-defense weapons can go a long way in diffusing any kind of a threatening situation.

You should know that many people buy self-defense weapons like tactical pens to only feel safe and maybe not to actually defend themselves. That’s just how our psychology works, isn’t it?

Knowing that you have a piece of non-lethal self-defense equipment that will help you get out of dangerous situations can really build some confidence and make you feel safe in uncertain scenarios. But don’t forget to learn how to use these things. They come in handy just when you think you don’t need them.

Have you ever used a tactical pen? What technique did you use and did it really work?

Please share your experience with us here and let’s together make this world a safer place to live in.