How To Build An Underground Bunker On Your Own?

How To Build An Underground Bunker On Your Own?

Building an underground bunker may be a very difficult process but it is considered to be an essential one too. And why do you think that is?

I don’t want to bore you with the many reasons why one should know how to build an underground bunker. But what I can tell you is that building something like this has the ability to save not only your own life but also the life of your loved ones living with you in the same house.

While it may not be as adventurous a task as you think it is, learning how to build a simple underground bunker and then having that as your very own secret and private shelter is something you that you will truly cherish in SHTF scenarios.

This video shows you how to build a simple underground bunker:

Building an Underground Shelter On A Budget 1/6​

This video shows you how to build a wilderness survival shelter:

How to Build A Wilderness Survival Shelter, Dugout Shelter​?

Building my own bunker: A step by step guide

Are you for some twisted reason interested in facing unwanted lawsuits or law regulations? No, right? Then please make sure that you get a permit as soon as you even think of learning to build an underground bunker. The whole process of construction is something that needs to be legally allowed and it must also abide by the law of the state. 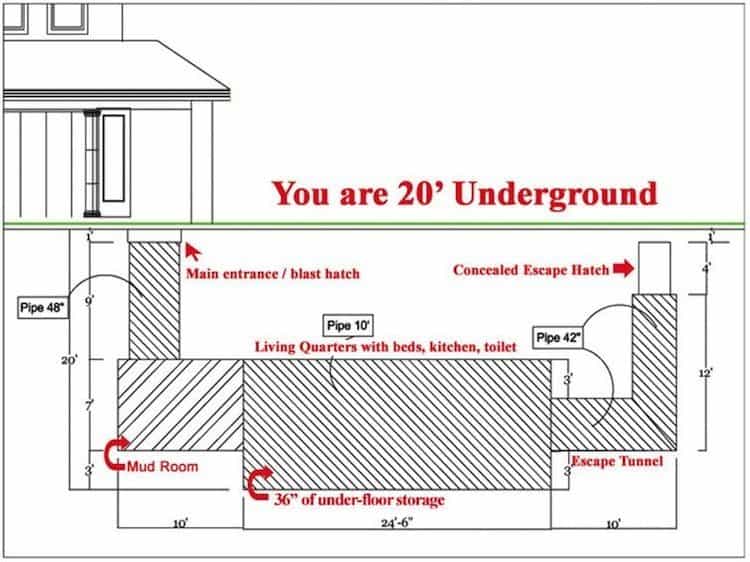 Making a plan is probably the only crucial step to undertake before you actually start digging. Every tiny detail must be addressed before the construction process begins. Factors like the kind of soil and the possibility of digging through the concrete in your backyard are some of the things that you might want to decide before moving forward.

Since we’re talking about concrete, you should know that there are some houses that have a pretty strong foundation made of concrete and this foundation is dug very deep into the ground. So in such a case, you will require an even more extensive plan of action.

Some very important factors that you must take into consideration in the planning process are:

3. Begin the Process of Digging 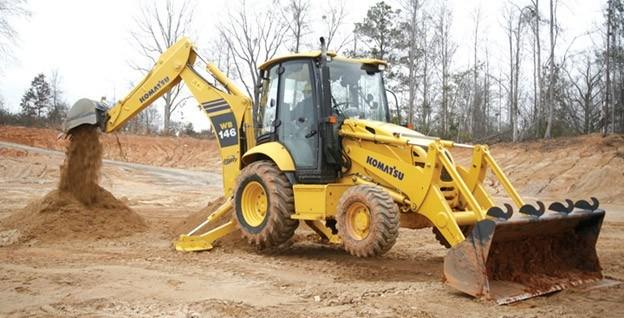 The most effective and quickest way to carry out digging is by using machinery. This machinery is for heavy-duty purposes so you must know how to use it if you really want to learn to build an underground bunker for yourself.

Once you start digging, you will be collecting more and more soil. Now please make sure that you collect the soil away from the hole you’re digging. Why? Because you will definitely need all this soil later in the construction process.

The thing about not digging with machinery, which means digging with a shovel, is that you may take a very long time to get the job done. So it’s not something you can’t achieve but just that it will take longer than you planned. 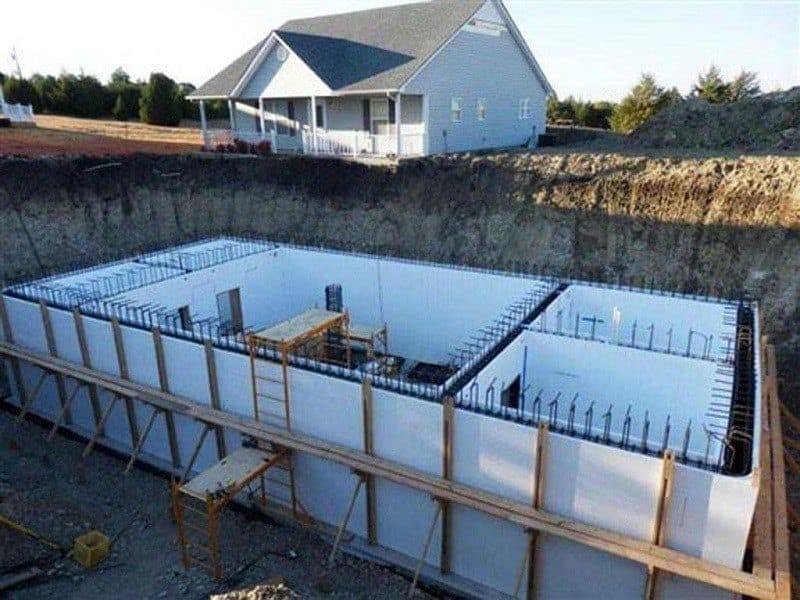 When learning to build an underground bunker, you need to make sure that you dig a hole that is large enough to accommodate the structure that you want to build on it or simply the crate or shipping container. The latter is used when you wish to speed up the construction process.

So if you’re planning to use a crate then make sure that the hole you’ve dug is not too small or too big in order for the crate to fit properly while also making sure that the soil doesn’t come colliding.

It goes without saying that if you want to safely fit the crate inside the hole; you will need to make use of some heavy machinery. So you either rent it or hire someone who has access to such machinery to help you out.

For those who are planning on building the structure all by themselves without any crate or machinery, you should know what kind of material works best when learning how to build a homemade bunker.

While wood may be the first material that comes to mind, it is not really the most practical. Wood tends to decompose very easily and since it is going to be exposed to the toxins released by the soil underground, it might not be able to hold up well.

So the next material that we all can possibly think of is concrete. Now this is not such a bad idea. Concrete is considered to be stronger and more durable and effective than wood.

So once you decide what material you’re going to use, begin the process by laying the foundation of the underground bunker and then work your way gradually towards the top.

Isn’t it better when you have a second entrance in the form of a passage from your home into the underground bunker? But how to build an underground bunker with a passage? With the help of scaffolding poles. You can easily use them to support the passages that you want to build. But they only work when the size of the room is small.

So if you make use of scaffolding poles to support the ceiling of a larger room, chances are that the ceiling might just crash.

A much safer alternative to scaffolding poles is brick pillars. They do a great job at supporting the ceiling for both large and small-sized rooms without causing any unwanted tragedies.

Why does one need to know how to build an underground bunker? This is something that baffles most of us.

The thing about building my own bunker, when I did, was not that I had a basic panic room or a room that I would immediately run to every time something went wrong. An underground bunker is more like a separate shelter for you and your family.

So it is considered to be a great addition to anyone’s home. Plus, it inevitably increases your property value. And as far as safety is concerned, if something does actually go wrong, then you do have a private and safe place to take shelter in.

So please make sure that you read the instructions very carefully before you start the whole construction process.

Did you go through the step by step procedure thoroughly? Was it helpful?

Are there interesting facts that you would like to add. Please let me know in the comments section below.